Random stuff that I made. 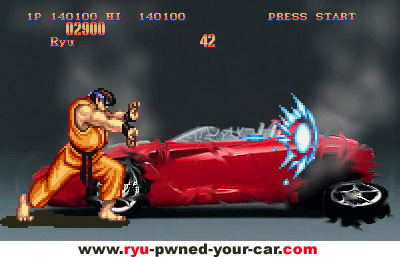 From a forum challenge to manipulate this photo/drawing of a plain red car.

There is a bonus level in Street Fighter II where you get to smash a car as much as you can within the time limit. I thought it'd make a hilarious situation for the poor guy's car to be pummeled by Ryu.

Julian introduced me to the thread. I didn't win. I never go to that forum again. ;-) 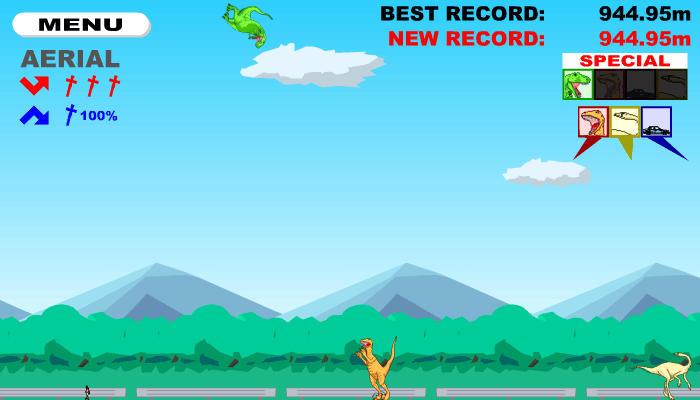 This photoshop puts T-Rex, Utahraptor, and Dromiceiomimus - the ever unchanging characters of Dinosaur Comics - into the greatest Flash game of 2005, Nanaca Crash.

- I think I can see my house from here dudes!